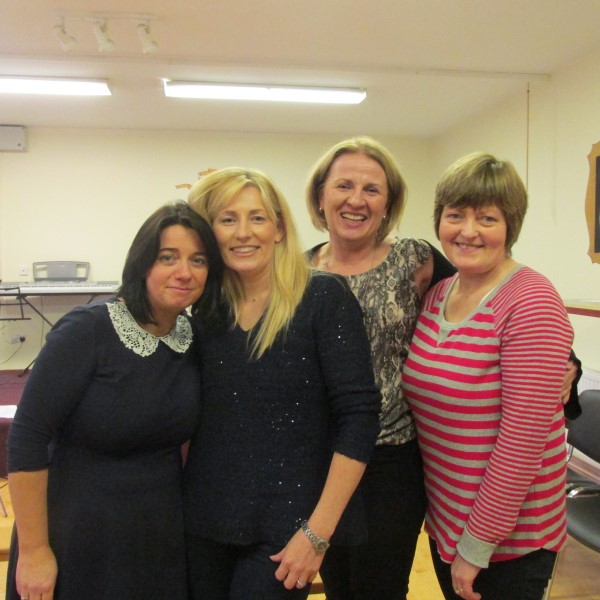 On Friday the 4th of December, the pupils, staff and some parents gathered in the Halla to wish Bríd O’Sullivan well in the next chapter of her life as her time with us has sadly came to an end. Brid O’Sullivan has worked here for just 13 months but in that time made a deep impression on the whole school community. Bríd (eile!) extended the school’s deep appreciation for all the work, good cheer, sudden hugs and Kerry wit she brought in her time here. 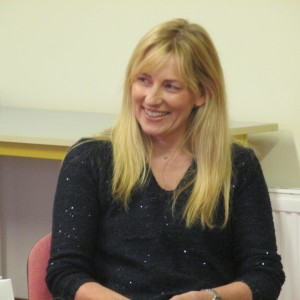 Brid Fenlon went on to speak about the qualities of ‘the perfect secretary’…Where would James Bond and Her Majesty’s Secret Service be without Moneypenny? Moneypenny is someone who can react calmly in any crisis…just like Bríd…The role of secretary in a school is very important because, on the phone a secretary is ‘like a voice hug’ for any concerned parent ringing about their child, the screener of calls was for the principal from salespeople, the provider of 31 copies of anything… back to back! Immediately! All done with a smile! 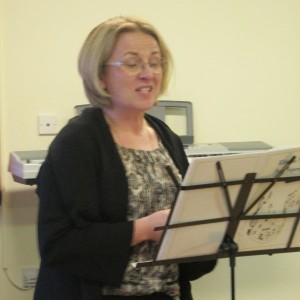 The children presented Brid with a handmade card…some saying she was ‘awesome’, and a ‘legend’ and that she would be missed. Mairead Bruen and Susan Kilduff, on behalf of the Parents’ Council, presented her with some jewellery as a token of their appreciation. 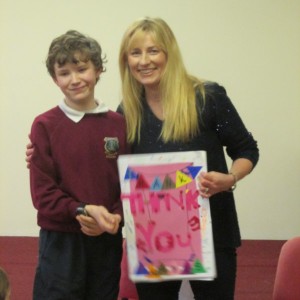 Brid Fenlon ended by saying, “Like Brid O’Sullivan would say, “I don’t know about ye lads but”…I will leave the last word to the kids and Abby stood up and spoke for her schoolmates, thanking Brid and wishing her well in her next job. Whoever is fortunate enough to employ Bríd next chapter of her career does not know how lucky he/she is…yet! 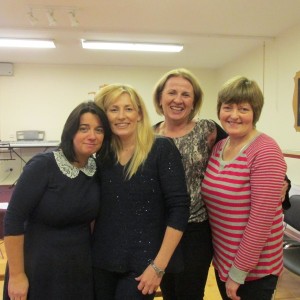 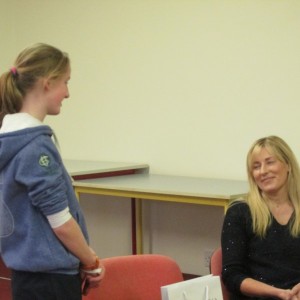 Christmas Fair Kiltiernan NS 2015. Thanks to all our Sponsors!
Scroll to top