Learning About 1916 in the Middle Room 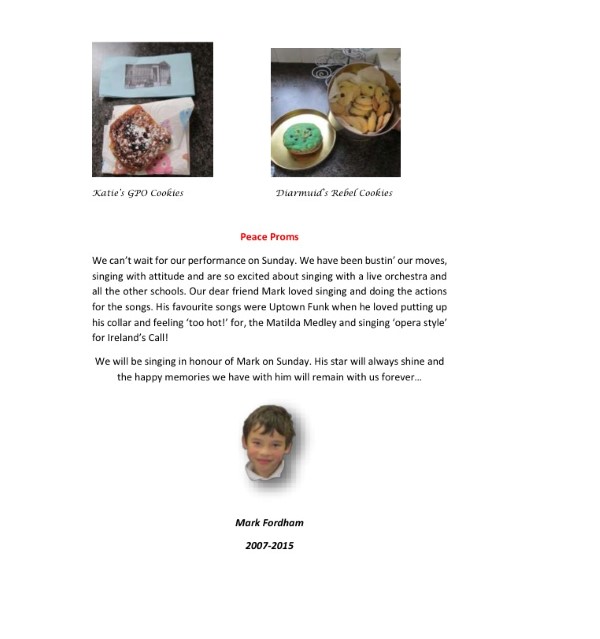 Learning About 1916 in the Middle Room

In the Middle Room we have been learning about the events of Easter week in 1916. We have learned what life in Dublin was like for men, women and children. We have learned about the hopes and dreams of some determined people who decided to rebelas against the British forces in Ireland…beginning in that fateful week. We learned of how many Dubliners were taken by surprise by the actions of the rebels. We read about their bravery against the well organised and armed British army and of the locations where they fought, the GPO, Boland’s Mills, Jacob’s factory, Dublin Castle. We also learned about the Proclamation and our school has received a copy with our National flag like every primary school in Ireland. We learned about the seven signatories of the Proclamation and their surrender and execution.

One of the exercises Ms. Fenlon asked us to do was to design a biscuit to celebrate 1916, using all we had learned about the Rising, the seige in Jacob’s and using some of the ideas and famous names to create them…Katie baked a batch of cookies using ginger, pistacchio and oats…the GPO biscuit which everyone agreed was delicious. Her version for class didn’t contain pistacchios as our school is a Nut Free Zone. Diarmuid baked a cookie based on biscuits baked at the time but included a chocolate chip in each… a small act of rebellion so he named his cookies ‘Rebels’!