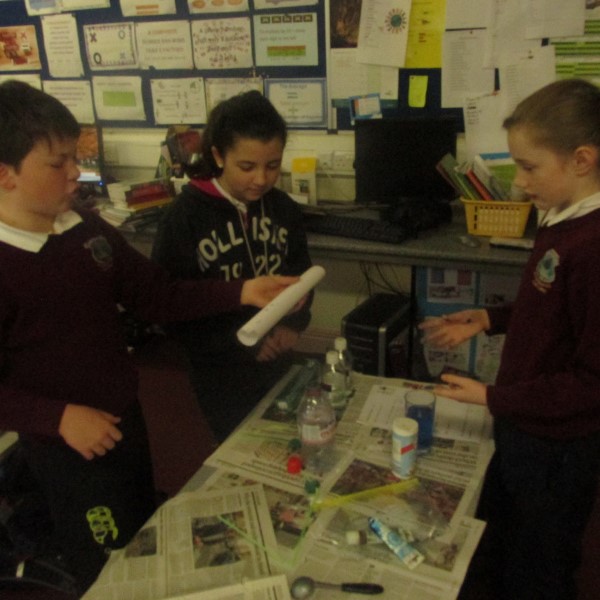 In my group there was Erin, Sean and I. Our experiment was making carbon dioxide. It took a long time to figure out the best measurements. Here is how to do it. To do this experiment we used clay, 2 bendy drinking straws, scissors, a tall glass, food coloring, plastic bottle, vinegar and bicarbonate of soda. To start the experiment we gently put the straws together making sure that the small part was on top. First we put water and food colouring in the glass. After that we put 2 tablespoons of bicarbonate of soda in the bottle. Then we put the clay on the short bit of the straw. Last we put the vinegar in the bottle and put on the straw making sure the other end was in the glass.  The science is when you mix the vinegar with the bicarbonate of soda, it will react and make the gas (carbon dioxide). The gas builds up and is pushed along the straw into the water so that’s how the bubbles are made. Other groups did different experiments. 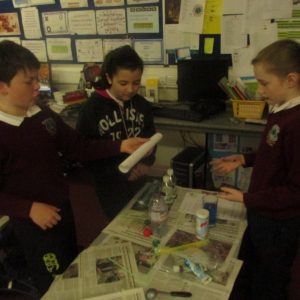