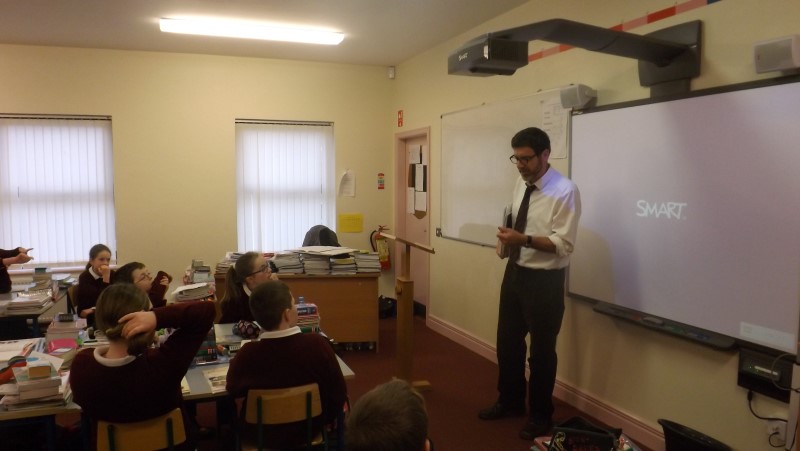 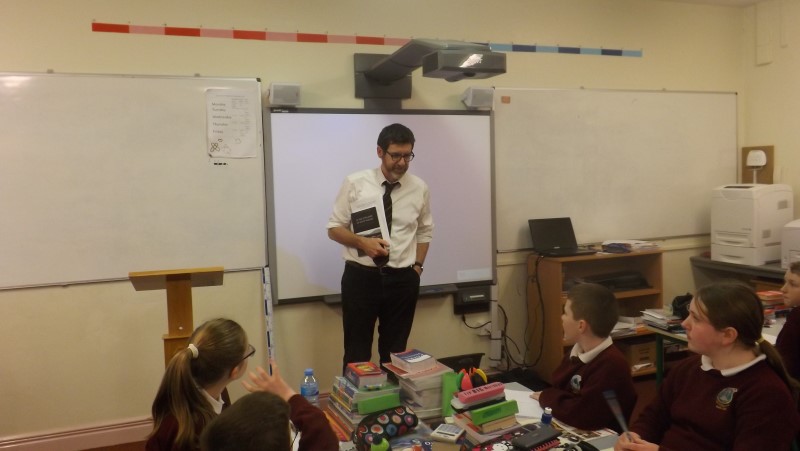 On Friday the 24th of January Jerry came to visit and gave us a presentation on his work as an archaeologist. He told us about the discoveries on the 57km Gort to Tuam road. Their biggest find was Owenbristy cemetery where they found 80 shallow graves. He also talked about some the artefacts they found. Among the more interesting ones were a slug knife, wrist guard and some arrowheads which were 4000 years old. He talked about some other sites too which included the Souterrain, a lime kiln and a clachan dwelling in Moyvilla. The lime kiln was used to burn lime to make lime mortar to build a castle. It was very interesting. The clachan was very old. It was from pre-famine times.  Jerry talked to us about some history. We found out that in the early medieval times (around 600-1000 ad) there were no towns in most of Ireland and quite violent cattle raids in the countryside. It was a very interesting morning and we would like to thank Jerry for coming into our classroom.

By: Ben and Simon