Biz-World by Bank of Ireland

The Senior Room from Kiltiernan N.S decided to participate in a small business programme run by the Bank of Ireland for primary schools. Alan (our coordinator) simply walked us through each step of this programme. We were put in groups and had to come up an invention or idea that we thought we could use in the future. We also had to come up with a clever name for our companies, a name for our inventions and come up with a slogan. Alan had told us that when all the groups have finished their new ‘inventions’ he would be sending in ‘dragons’. Biz-world was very similar to Dragon’s Den except, that this wasn’t real money, and this was a children’s version but we all had a blast taking part in this programme. We had 2-3 weeks to work on our ideas until all the groups were finished. By the final day all the groups had amazing inventions and such clever ideas!

Finally, when all the groups were finished, the day came that we would be presenting our inventions to the dragons. Group by group we went up to the top of classroom to present out brilliant ideas to the dragons.  The dragons were all really impressed with our ideas and they knew that we put a lot of hard work into them. Some of the ideas include the following:

Overall we thought this programme was very fun and enjoyable and we all agreed we would do it again! 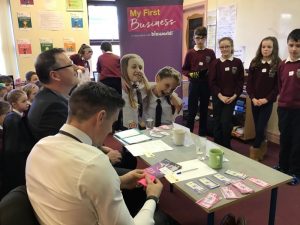 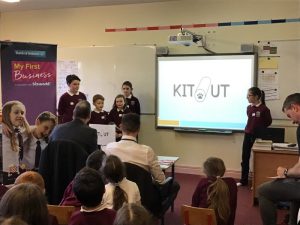