On the 14th June the Kiltiernan hurlers had a county final in Loughgeorge, Claregalway. The team was all set when we left the school at nine thirty. The match started at eleven o’ clock. We had plenty of supporters from 2nd to 6th to cheer us on. Laurencetown NS were our opponents for the match. We changed and started our warm up to prepare for the game. When eleven o’ clock came we were ready to try our best.

The referee threw the ball in and the game was underway.  At the start we both exchanged 2 points each and the game was beginning to really be a great game of hurling. But then, Sean picked out Stephen with a great pass who rounded his man and scored an amazing goal. It was 1-3 to 0-2 to Kiltiernan at half time.

When the second half came round we knew the opposition would come out hard. We started quickly and scored another thanks to Stephen to bring his tally to 2-4. We kept going as a team and everyone on the panel put in great effort to help win this game. We kept going and scored another goal and a point from Stephen. When the final whistle blew we started to celebrate to our victory.

We went over and lifted the trophy and took some pictures and enjoyed every bit of it. After, we went to Supermacs and thanks to the school for that. We would also like to thank Ms O’ Doherty and Barry Duffy for coaching us a helping us. It was a great day for Kiltiernan NS.

By Stephen and Adam 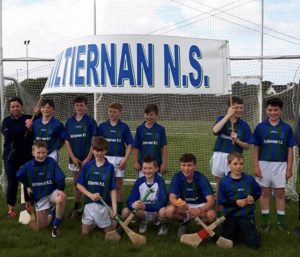 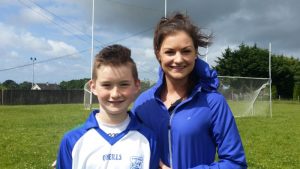 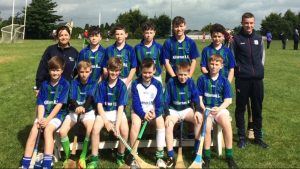