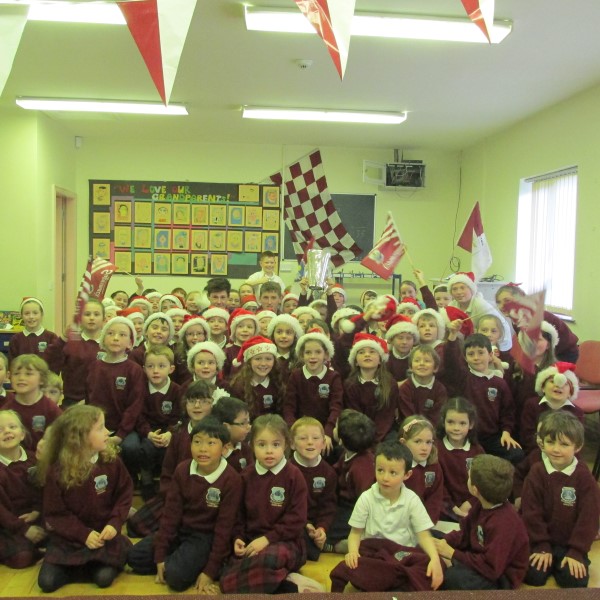 On the 8th of December , two members came to our school .  If you didn’t watch the match , the  Galway Minors won the All Ireland against were called Cianan Fahy  and  Liam Forde.They are both from Ardrahan. We met them in the  hálla . When they were going down the hall we were cheering “Lets go Galway lets go”! I felt really excited as they walked in. So they firstly sat down on the seats. After, Mrs Fenlon gave a speech about how honoured we were for them to come here. She also spoke about the win against Tipperary. She Tipperary . The players that came to our school asked what it was like. They replied saying “a great win and everyone had done very well”. The teachers let us to ask questions. Some of the most popular questions were based on the topic training. Here is an example. “How many times do you train a week?” Or, “What sort of things do you do to train?” The answer to the first question was that they trained three times a week. The answer to the second question was they did most of the stuff we do to training but maybe a bit harder. That was some of the main questions. Also, we took a photo. Then we sang ‘ Snow Business ‘. The uestion highlight for me  was seeing the cup for real! I had the best time ever!!!