On Thursday the 21st of June, 2018’s sixth-class graduated from our school. We put a lot into the preparation, like choir practice, making memory sheets, and practicing our readings. Each child was given a job that- however small and would contribute greatly to the ceremony, including the opening precession, singing solos, and readings.

We started off with the opening precession, which had eight of the sixth-class students bring up items that acted as symbols of our experiences over the years in Kiltiernan N.S.

Before the ceremony we were told to write letters of thanks to our parents and vice versa. We exchanged them and read them later. Subsequently we were given prayer rocks by Elaine Cunningham.

Afterwards our principal, Miss Leech, gave her address, We received had our special Kiltiernan blessing and we finished with our symbolic balloon release on a beautiful summers’ evening.

By: Erin, Adam, and Grace 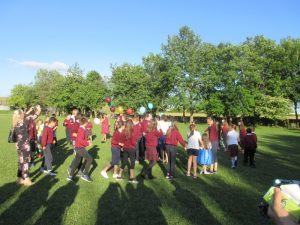 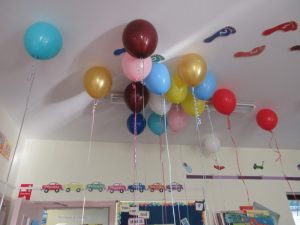