On Wednesday the 22nd of June we had our graduation for sixth class and Oisín and Tara Keane. We celebrated this graduation with a mass service, songs by the choir, memories and the releasing of the balloons.

We opened the ceremony with a song. Directly afterwards, each of us brought forward an item representing our time at Kiltiernan such as; a hurl, a jersey, a soccer ball, a class novel, art supplies, a tin whistle, a laptop, an Irish flag, a script from a school play and finally a science project.

This was followed by an opening prayer from Fr. Roche, readings by Abbie and Jake and solo songs from Molly, Chloe and Ellie. Next Ber Brady read a poem entitled ‘A parents’ prayer’. The intercessions followed, read by students of our school, including graduates Aoibhe, James and John. A hymn from the choir closed the prayer service.

Fr. Roche, from the Board of Management, gave an address to the congregation. Next Jake read a piece of his memories from Kiltiernan. After yet, another song, Ms Fenlon presented attendance certificates to students who only missed four or less days this year. Next it was Ms. Leech’s turn to talk about her memories of each of us. In advance, she had spoken with all other students and teachers about their memories of us.

In turn we each stood up in front of everybody as Ms. Leech let out the truth- funny stories, embarrassing tales and everything our friends associated with us were shared. Next, more memories were shared from Chloe and Molly followed by two more songs from the choir ‘The party goes on’ and ‘Let it be’. Four sixth class pupils sang solos in the final song.

Finally the graduates led the way outside to sing ‘The spirit of God’ and traditionally let off the famous balloons. Everyone enjoyed the graduation and will dearly miss the happy times in Kiltiernan.

By Ellie and Aoibhe 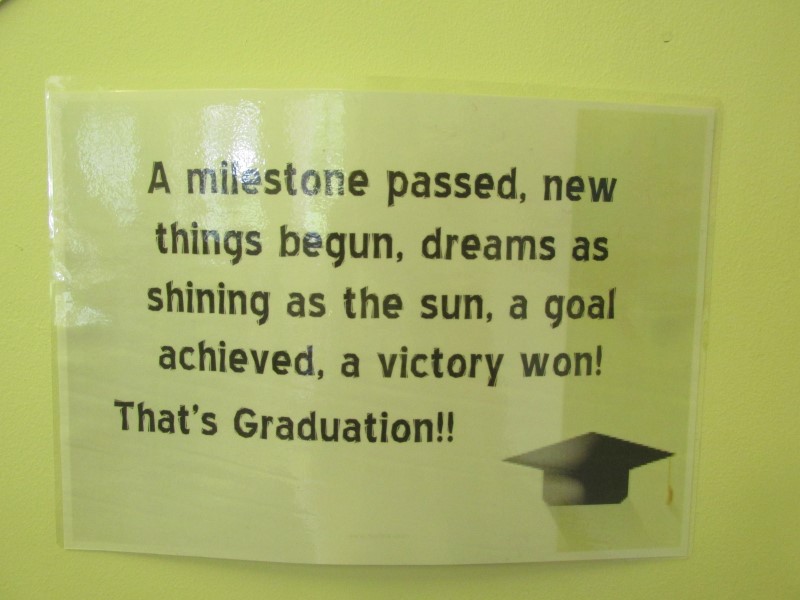