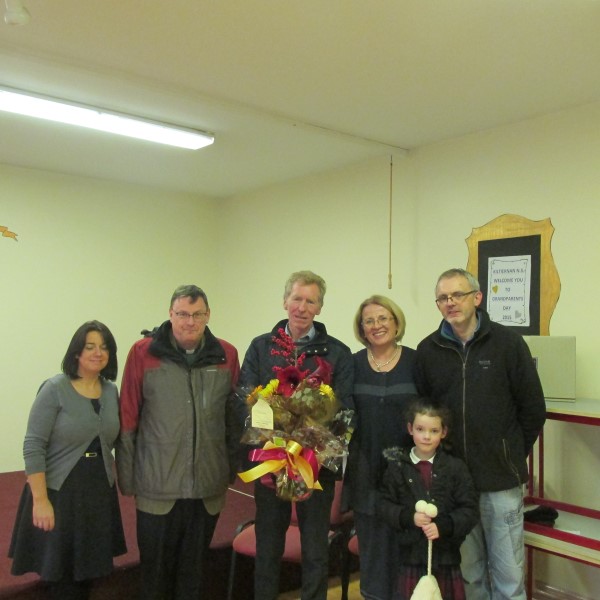 On Thursday, 3rd December, the children, parents and staff of Kiltiernan NS

extended their deep appreciation to John Costelloe, local farmer and past

pupil of Kiltiernan School. He was invited to receive a handmade card,

treatment system of the school. 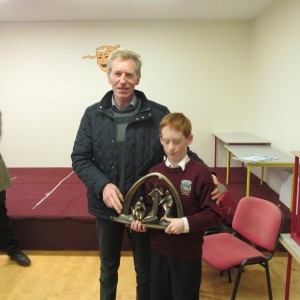 The principal thanked him for his gesture, on behalf of the staff, Board of

Management, parents and pupils explaining that it would deepen the bond he

already had with the school as a past pupil, parent of four past pupils and

as a great neighbour of the school. Many families relationship with the

you’ve been a pupil of this school, you are always welcome back as many

Transition Year and Student Teachers have attested over the years”. However,

gift of land. She explained that for the children the most significant

could still “keep our lovely trees” because of his kindness. The words “You

are so kind!” and “You are awesome!” were repeated by many children who 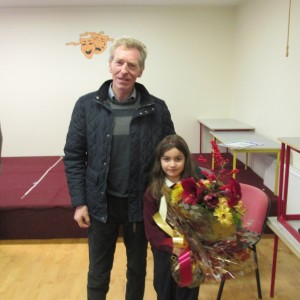 as being “bowled over” by the kind words, by the sentiments expressed in the

card made by the pupils and by the gifts. He explained that he was simply

following his father’s example, because 46 years ago he had donated the site

on which the school now stands. He quoted his father saying “Land is only

land.you can’t take it with you” so make some good of it and it will be put

to good use by the school. He advised the children to work hard, to

appreciate their time in school because the memories and friendships made

here will last a lifetime. He also spoke of the importance of volunteerism

work. He expressed his delight at the response of the school and said his

father would have approved of his gift to the school. 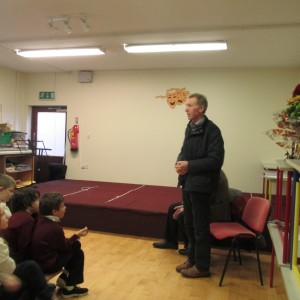 Fr. Roche, as Chairperson of the B.O.M. also spoke outlining the needs of

the school and how John had so generously answered them. He gave John a gift

from the parish to express his gratitude.

The children sang some Christmas carols and John, who is also a member of

the Ballinderreen choir joined in. 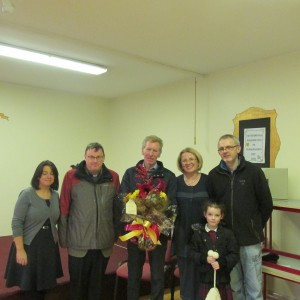